Our new project „Past and the future of Slovak army in the NATO context” aims to develop a positive image of the Slovak Armed Forces as a „servants of the nation” and one of the primary organizations responsible for the security of the state and pursue of the nation’s policy goals. We are focusing especially on the youth, which is considered one of the biggest risk-groups in connection with fake news, conspiracy theories and propaganda. We aim to teach them and engage in a debate about the role of NATO and the Slovak Armed Forces in Slovak security, and about the essential values of the Euro-Atlantic community. 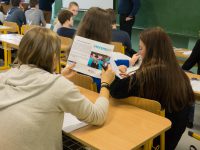 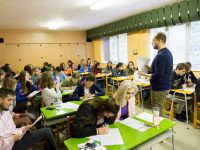 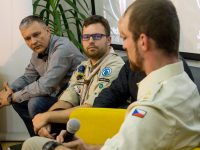 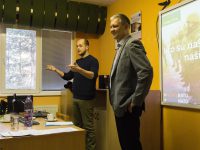 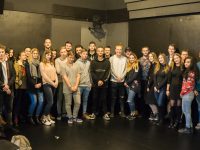 As part of this project, we will organise a total of seven events in various regions in Slovakia.

Our main activities are the „Quiz discussions” about the role of NATO and the Slovak Armed Forces while also debunking the most common myths and hoaxes about the Alliance. An integral part of these events is col. Jozef Zekucia, former commander of the NATO Force Integration Unit in Slovakia. These events will be held in Slovak regions outside Bratislava, aiming at vulnerable communities and minorities, as they represent the biggest risk groups.

Another key part of this project is a comprehensive study, evaluating the Strategic Communication (STRATCOM) efforts of Slovak government agencies and institutions, mainly by monitoring communication canals and interviewing key players.  Once completed, the study will be shared and discussed with the relevant decision-makers and other actors active in STRATCOM, and an interested public.

We will organise a practice-oriented event aimed at decision-makers and other individuals active in the public and foreign policymaking. We will discuss past efforts in this sphere while developing future courses of action.

An inseparable part of this project is also a comprehensive social-media campaign, sharing pictures, videos, interesting information and other relatable original content to our target groups.

The project will be implemented in the second half of 2018.