How to maintain the cohesion and trust between Allies when core values of the NATO are being questioned and attacked by populist leaders within? Does populism increase the risk of rising political violence in our current societies? What action do we need to take, when we want to build resilience against hybrid threats? These questions were discussed on the Slovak Security Forum 2019 (Slovenské bezpečnostné fórum 2019), where STRATPOL participated.

At the same time our institute organized a side-event called Visegrad 2025: Populism and Health of Democracy Implications for the V4. The welcoming was provided by our director Jozef Zekucia and the opening speech was provided by Dr. Jamie P. Shea, former NATO Deputy Assistant Secretary General for Emerging Security Challenges. Expert round-table topics included cohesion and trust among NATO allies in the context of growing populism, the return of political violence and resistance to hybrid threats.

We would like to thank to all participants, Euro-Atlantic Center, as the organizer of Slovak Security Forum 2019, but also the University Library in Bratislava, where the whole event took place. Special thanks to International Visegrad Fund as the sponsor of our event. 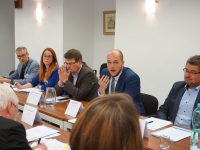 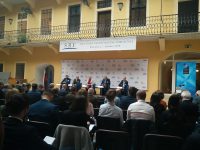 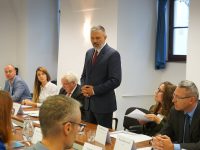 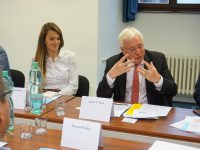 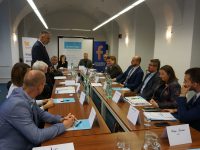